Many investors fear the impact of a return to interest rates of 5%, 6% or even 7%pa that were considered normal just a few years ago. They worry about the impact on share and property markets, they worry about locking fixed rate term deposits and annuities and missing out on the big rate rises to come.

Others are worried about their ability to service borrowings if interest rates move sharply higher.

Yes, interest rates will not be this low for ever, but rate rises are likely to be modest and temporary. As for 7% cash rates, we are unlikely to see them again for decades.

It is because cash rates are set by the Reserve Bank of Australia (RBA) in order to moderate the growth of the Australian economy and keep inflation in check.

When the Reserve Bank increases interest rates, they hope to slow the economy and thus ease inflationary pressures. The former Governor of the RBA, Glenn Stevens, observed a year ago, that the impact on the Australian economy of interest rate rises is predominantly felt at the household level rather than at the business level.

What we see is that household debt rose from 45% at the time of the first rate hike in 1994, to 120% at the time of the most recent increase, to 139% today. What this means is that a 1% interest rate increase today has around three times the impact on household finances that it would have had in 1994.

The right-hand side of the chart below shows the actual size of the past four rate rises and, given the increase in the level of household debt since that rise, what increase in interest rates would be required today, to have the same effect on the economy.

What we see is that, historically, an equivalent of a 0.8% to 2.1% increase in interest rates has been enough to cool the economy sufficiently to bring inflation under control. 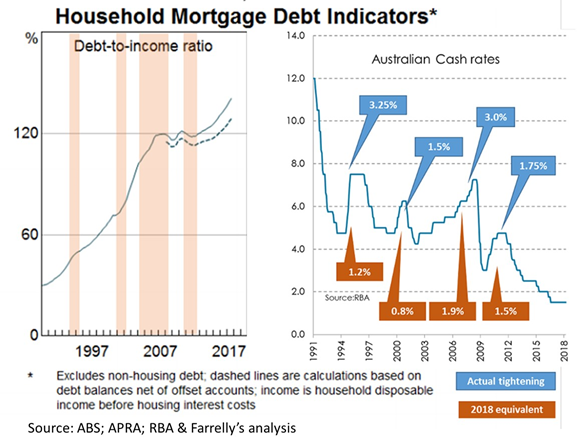 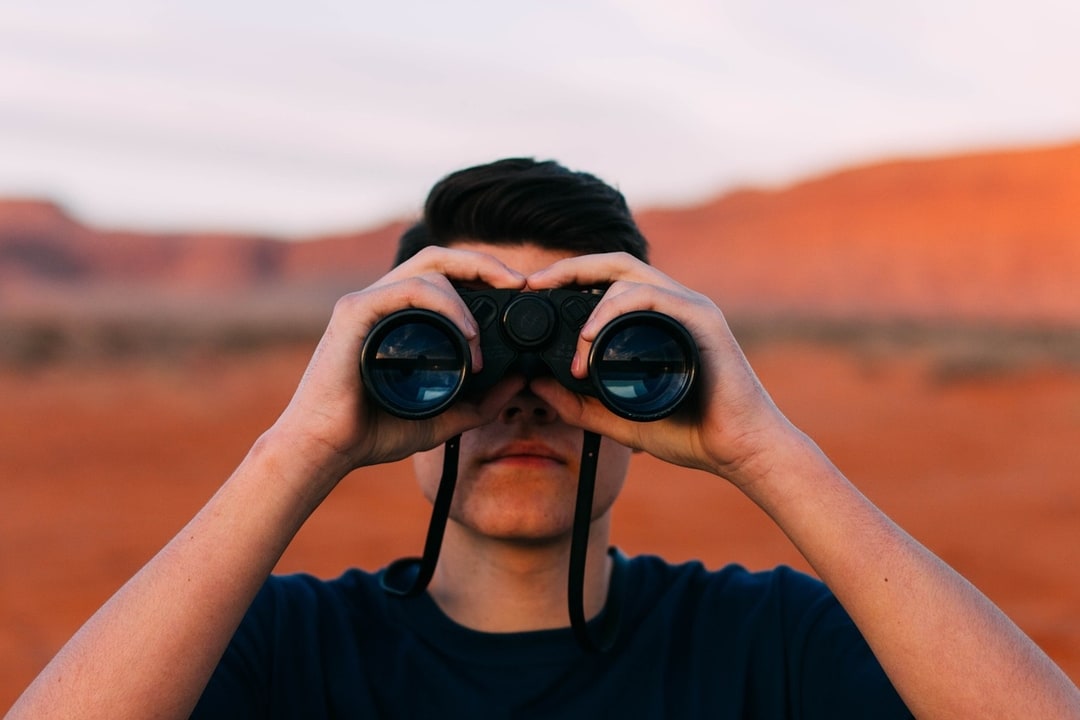 This suggests that if we see an inflation breakout in Australia, a 2% increase in cash rates to 3.5% should be more than enough to cool the economy sufficiently to bring inflation back under control. And, given that cash rate of 3.5% will cause considerable stress to households and therefore the economy, interest rates will then probably be eased back to somewhere under 3%.

What’s more, this is how it will play out until that all of those home loans have been significantly paid down. This will probably not be for at least twenty or thirty years. Given these facts, it is very likely that low interest rates have become a permanent feature of the Australian landscape.

Now, many look at the growth in household debt and suggest that it will be a major risk to the economy when interest rates again start to rise. We disagree. The Reserve Bank is completely aware of the level of household debt and has no desire whatsoever to completely crush the economy. As a result, they will be exceptionally careful in raising rates, which is just another reason why we have a high degree of confidence in the idea that interest rates will stay low for decades.

There are many other reasons supporting lower worldwide interest rates such as slow population growth, globalisation and technology – but even without any of those factors, the build-up in household debt is probably sufficient of itself to keep interest rates in Australia low for decades.

What is the impact of sustained lower interest rates on investments?

But low interest rates are generally a positive for shares and property investments.

Finally, and most importantly, when interest rates are low, investors are generally willing to pay more for each dollar of company profits – in other words, low rates help keep share prices high. This is a mixed blessing – paying high prices means that returns from equities will be lower in future years than they have received for the past six or seven years. Nonetheless investors should be prepared to stay invested in shares where dividend yields of 5% or more means that returns should comfortably exceed the returns from term deposits

Similarly, when interest rates are low, property investors are willing to pay more for any given property. Low interest rates have been one of the key drivers behind the boom in residential and commercial property prices in recent years. If interest rates stay low, those gains are unlikely to be reversed.