Reclaiming Your Money From The Government

We’ve all heard about the “lost billions” sitting in idle superannuation funds around Australia but are you aware of what’s happening to hundreds of millions of dollars sitting in “inactive” bank accounts? Read on,you may be very surprised.

Did you know that the Australian Securities & Investment Commission (ASIC) collects total balances from bank accounts that have remained untouched for seven years? It also collects money left in unclaimed investments and life insurance policies.

There is $1.1 billion dollars waiting to be claimed, most of which has been transferred from bank accounts into the federal government’s Consolidated Revenue Fund. Some dormant bank accounts had balances of more than a million dollars! That news should be enough to prompt action!

This could be a true story

Your elderly,and very wealthy, Aunt Mary has accumulated a vast fortune that is scattered throughout many bank accounts. She relies on one account for her living costs but doesn’t touch the others, believing they are safely accumulating interest and are best left that way. She moved into a retirement village a few years ago and forgot to tell each bank of her new address.

Mary decides she wants to share her wealth before she dies, so she digs out all of her bankbooks and heads off to each bank to see how much she has available to divvy up between her numerous progeny.

Imagine her horror when the teller at the first bank tells Mary that the account is no longer active with that bank and therefore they have no record of any balance. Even though the teller gently explains what has occurred and how to reclaim her money, Mary is devastated. She receives the same astounding news at all four banks she visits. In shock, she believes that she has lost most of her life savings.

How would you feel if this happened to you or an elderly relative? It would be very upsetting- but there is a happy ending.

It is still your money

This money still belongs to its rightful owner. Although it’s now held in the Consolidated Revenue Fund, a simple process will release all of the funds, plus interest! 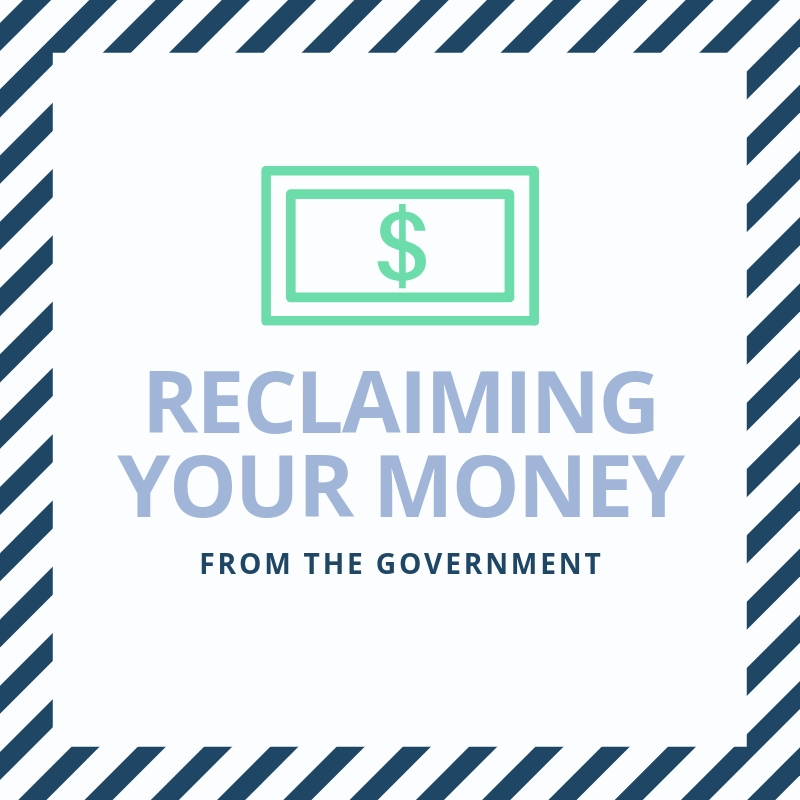 Any money reclaimed is paid back with interest. And even better, the interest is not taxable.

Prevention is better than the cure

So that you don’t have to go through this whole process to reclaim your own money, take the time to review your bank accounts. If you have too many, consolidate them into one or two manageable accounts and make sure each bank holds your current contact details.

Just one transaction at least every seven years will deem your accounts active. And don’t forget to share this information with your elderly relatives.