One Third Of Australians Are Lazy Borrowers And Some Are Entirely Clueless About Their Mortgages!

UBS, a global investment bank, conducted a survey on 900 people who had taken out home loans in the past year and 24 percent of the respondents indicated they were on an interest only loan. However, when UBS analysts cross checked with official APRA data – 35 percent of new loans were interest only loans.  UBS concluded that almost a third of interest-only home loan customers might not realise they have an interest-only mortgage!

A full third of Aussie mortgage holders are not doing much better. When Galaxy Research surveyed 1006 Aussies in April this year – they found that 33 percent of Australians surveyed are not actively involved in finding a better deal on their mortgage despite slow wage growth and rising levels of household debt. They stated they were simply not interested, not sure how to tackle it,or didn’t think they had the time to make the change.

One obstacle that prevents the ‘lazy borrowers’ from seeking out a better deal is the perception that it is hard or time consuming. There needs to be a shift in the way we think about managing our mortgages. Sure, there might be a little paperwork involved, but when you compare it to effort expended in earning the money to pay down the loan and climb out of that huge debt – it really should be enough motivation to pick up the phone to your broker and get the ball rolling – you could wipe thousands off your loan in under an hour – it really is that simple. 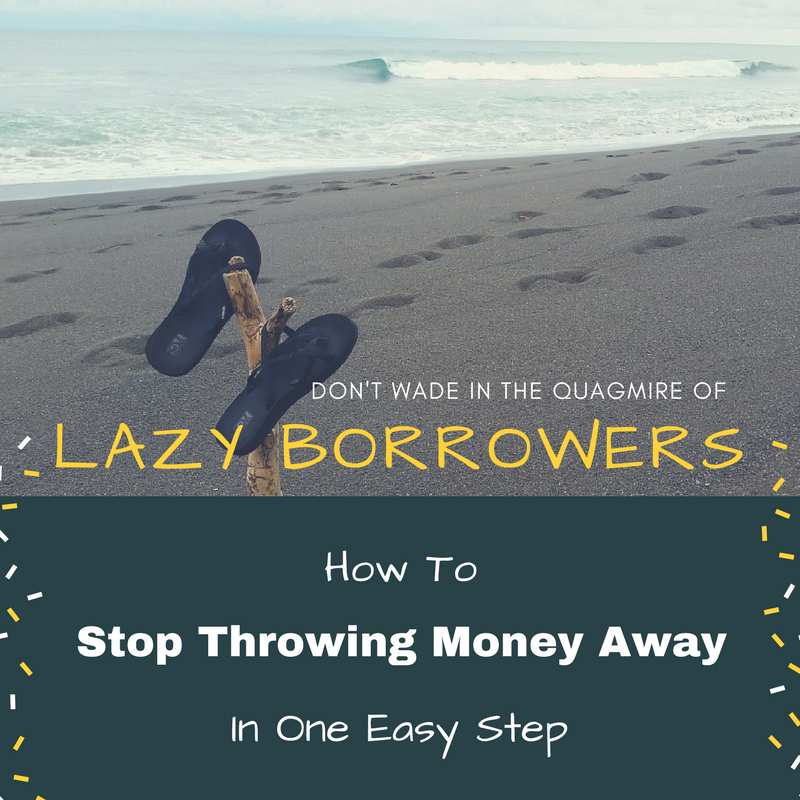